It was a great day for the Aroostook League Championships May 19 in Presque Isle.

“The typically windy venue was rather calm compared to previous years and that allowed for some fast times from our athletes,” said Coach Chris Rines.

The Houlton/GHCA ladies defended their team title for a second year.

“It was a tight race, but we were able to overcome a few key missing personnel for the win, in what is one of the closest finishes, I think this championship has ever seen, Rines added.

The boys climbed the ranks to finish with a strong fourth place. Rines noted the outstanding performances by Samuel Duff and Daniel Ross, pushing the boys past Fort Kent, Fort Fairfield, and Washburn.

It was once again a pleasure to have the Unified athletes join the meet.  As part of the 4×100 meter team, they were able to score fifth place!  They also saw some big improvements from their performances from a week ago.

“Our very own Teanne Ewings was the top scoring female athlete of the meet earning a perfect 40 points and the Howard Lello trophy,” said Rines. Caribou’s Evan Durepo was the boy’s top scorer with his one perfect 40 and took home the Emery Plourde trophy. “Some amazing performances from these kids considering they are both freshmen!” Rines said. 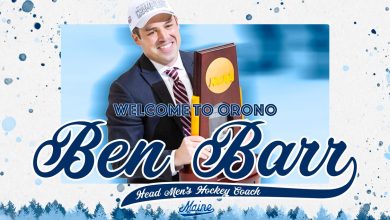 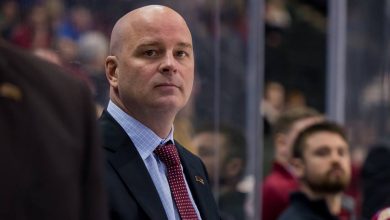 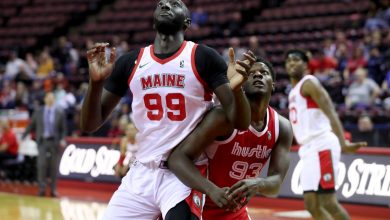