The Houlton 11-12-year-old all-stars’ season will be talked about in the future, as it goes down in the record book as one of the best in 40 years. But, if these guys stay together, the best may be yet to come.

The Houlton all-stars were eliminated from the Maine State Tournament by Lewiston and Biddeford.

The last Houlton all-star team to reach the state tournament was in 1976.

In Monday’s game, Lewiston led 6-3, but Houlton made a gallant comeback, scoring twice to cut the lead to 6-5 and had the go-ahead runs on base.

“We battled the whole day getting back in the game, but unfortunately in the end a couple miscues in the field really cost us,” said coach Monti Graham. “I am really proud of this group of kids and all they have accomplished this season. If we can keep this group together playing, I still think the best is yet to come.”

Lewiston scored a run in the first without a hit off a Houlton miscue and two groundouts to the infield. In the second inning, errors coupled with a two-out double, gave Lewiston a 4-0 lead.

Houlton rallied in the top of the third to bring the game to within a run on Collin Moody’s single, a walk to Jed Gilpatrick and a three-run home run by Silas Graham.

Lewiston added two more runs in the bottom of the fourth on a double and two singles for a 6-3 lead.

Houlton brought it back within a run in the top of the sixth on a double by Haven Hanning, a two-out RBI-single by Moody and a two-out RBI-double by Graham. Houlton threatened to take the lead with Garrett Harvey at the plate and runners on base — Graham at second and Gilpatrick at first. Harvey hit a line shot back at the pitcher to end the game.

In their first state game of the double-elimination tournament, the Houlton all-stars lost 6-1 to defending state champions Biddeford. Harvey pitched a complete game, allowing five runs on seven hits and striking out two.

The game started with Biddeford scoring two runs off a bloop single and a home run by Kyle Dion. They added two more runs in the top of the third on an RBI-single by Ashton Carwell and a sacrifice fly.

Houlton cut into the deficit, scoring a run in the last of the third on a single by Nolan Hodgkins and an RBI-double by Graham.

Biddeford added lone runs in the fifth and sixth for the victory.

Leading hitters for Houlton were: Graham, two doubles and a walk; Moody, Gilpatrick and Hodgkins, all singled.

“I thought we played a decent game overall,” said coach Graham. ”We made a couple of mistakes that cost us. Biddeford is a very good team as they are the defending state champions. They made two or three great catches on us in the outfield. Their pitcher was not overpowering, but he threw strikes and mixed in a changeup and curve that kept our hitters off balance.”

Graham was proud of the effort his team put forth this season.

“The kids put a lot of time into practicing and playing in tournaments and that is what it takes to be able to compete with these leagues that are 10-15 times the size in terms on kids to choose from as we are.” 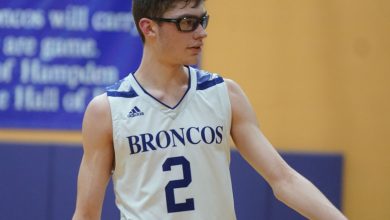 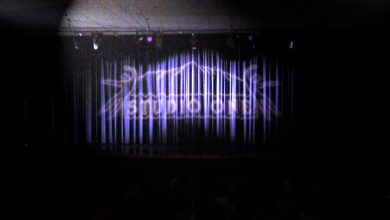 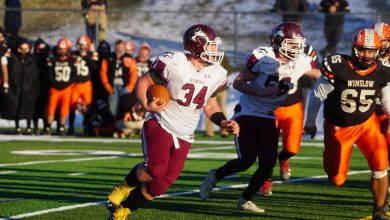