The Houlton track team had another successful outing on Saturday at the Brewer Community School’s track and field facility. Bangor played host to the meet as their usual location, Cameron Stadium, is undergoing construction and receiving a complete upgrade to the entire facility.  The meet was the highest attended meet held in eastern Maine so far this season in both school attendance and the actual number of athletes entered.  Bangor, MDI, Presque Isle, Searsport, Fort Fairfield, and PCHS were all in attendance.

“Our kids did really well despite the increase in numbers.  We might not have the numbers to compete with the bigger teams, but we do have athletes that will rise to the challenge and still post excellent performances,” said Houlton coach Chris Rines.

Two girls were able to win individual events, Emma Ardell continued her outstanding season in the hurdle events by winning the 100m Hurdle and the 300m Hurdle while little sister Elena Ardell claimed a surprise win in the girls 400m dash.  Overall, the girls finished in fourth place (59) just one point behind Presque Isle (60) while Bangor (260) and MDI (119) took the top two spots.

Our two boys – Jeremy Stone and Daniel Ross – managed to run their way into the scoresheet as well, competing in two events, the 1600m and 3200m runs they were up against some very talented and well-trained runners but were able to hold their own.  Stone also made finals in his triple jump debut to score another point.  They total 12 and finished just ahead of Searsport (10). 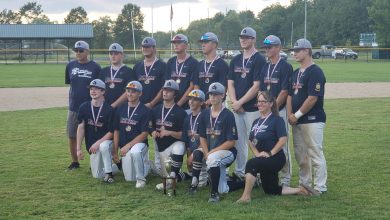 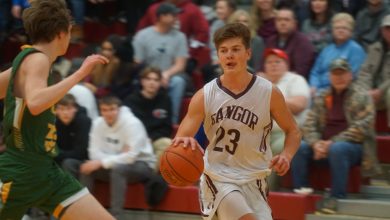 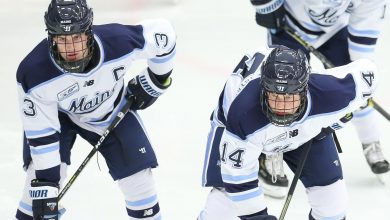